Vital to the success of Marine Protected Areas (MPAs) is biological and ecological research, particularly research that improves our understanding of determining the success of MPA designation. Ecosystem Based Management (EBM) is particularly important as we move away from simply protecting intertidal populations and move towards understanding how these ecosystems function so that we can better understand how to efficiently conserve our coasts. Without experimental research and monitoring, the effectiveness of MPAs could not be studied.
;

The City of Newport Beach, City of Laguna Beach, City of Dana Point, Crystal Cove State Park, and Orange County maintained beaches may require you to obtain various permits prior to conducting research or bringing your class to the intertidal habitat. The intent of the permit is to ensure visitor safety and reduce impacts to the intertidal habitat. Below is a reference to the types of research permitted as well as the contact information for local area managers.

Includes use of research methods such as transects, quadrats, timed counts, size measurements, and species identification.

If you are taking a class to and/or conducting research within Orange County MPAs, you must contact the associated state marine reserve, park, or conservation area manager prior to your visit. A list of area managers can be found below.

NOTE: Under no case can organisms be collected for exhibition or classroom use.

Includes collection or handling of macrophytes, animals, shells, rocks, or water, OR manipulation of natural biota or substrate for collection.

Collecting of any material, alive or dead, within MPAs is illegal unless you have a valid Scientific Collecting Permit (SCP) from the California Department of Fish and Wildlife and permission from the appropriate MPA manager. A list of area managers can be found below.

Failure to follow these regulations may result in fines and/or revocation of collection or research privileges in that Marine Protected Area.

There are a number of programs available to instructors of K-12 school groups looking to augment classroom learning with field studies. Learn how to bring your school group to Orange County’s Marine Protected Area Tide Pools. 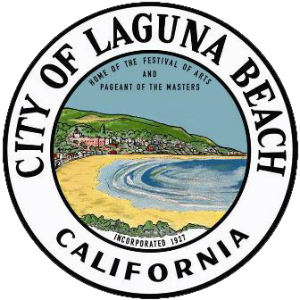 Database of OC Research Projects: A regional database of research conducted along the Orange County coastline is being compiled to provide researchers, educators, and managers access to current and past research and monitoring data in their respective areas. This database will start the process of bridging science and management at the local level and will allow us to identify gaps in information for improved management responses and risk assessment.

Seaweed Biodiversity Surveys: With the assistance of Dr. Kathy Ann Miller from UC Berkeley, OCMPAC is working to complete the identification and assessment of the diversity of rocky intertidal seaweeds in Orange County. A survey of this nature can aid in understanding ecological drivers and sources of disturbance, in addition to locating potential biodiversity hotspots within the region. Surveys and creation of voucher specimens may be expanded in the future for outreach and education purposes.

Citizen Science: Owl Limpet Monitoring. An owl limpet monitoring citizen science program was initiated at Dana Point last year with a grant from CSU Fullerton. OCMPAC is attempting to expand this program to include other Orange County locations.

Initiation of Subtidal Rocky Reef Mapping: OCMPAC will examine the current knowledge of rocky subtidal reefs through accumulation of known information through such sources as SCUBA diving maps and kelp forest distributions. This determination of current knowledge will help identify any gaps in research prior to a larger scale effort being undertaken.

Pilot Citizen Science: Lobster Recruitment Monitoring. To expand outreach efforts, OCMPAC will examine the feasibility of creating a citizen science lobster recruitment monitoring program. Little is known about lobster recruitment, particularly in this region, and monitoring conducted by the public could provide important information regarding sources and sinks of local lobster populations as well as engaging the public in efforts to conserve and manage this important fishery species.

OCMPAC Research Symposium: The OCMPAC research symposium held in April 2012 with research teams from the MPA Baseline Monitoring Program was well received. OCMPAC will hold another research symposium (date and time to be determined), concentrating on research and outreach conducted by members of OCMPAC.

Time to make some bubbles and dive into Crystal Cove State Marine Conservation Area! In this story from Todd ...

MPA update: Observing the space between land and sea

California researchers spend hours crouched over rocky intertidal zones across the state, piecing together how best

Rocky intertidal habitats in urbanized settings, such as in southern California, USA, are heavily perturbed by ...

Blue Earth Consultants conducted a valuation of in-kind contributions made by non-State members of Orange County ...

In urbanized regions, such as southern California, USA, marine rocky intertidal habitats are frequented by large ...

1. In 1996, the Multi-Agency Rocky Intertidal Network (MARINe) established four locations in Orange County (Shaw’s Cove, Treasure Island, Crystal Cove, and Dana Point) to monitor the abundances of target species. This network (http://www.marine.gov), funded by various organizations including the Bureau of Ocean Energy Management within the US Department of Interior, spans across the California and Oregon coast encompassing 80 sites. For Orange County locations, California State University, Fullerton is currently monitoring the abundance of mussels (Mytilus), rockweeds (Silvetia), barnacles (Chthamalus and Balanus), red algal turfs (Endocladia), surf grasses (Phyllospadix), owl limpets (Lottia), seastars (Pisaster), and other important flora and fauna. Surveys of these areas are conducted every 6 months in the fall and spring seasons, beginning in 1996 and continuing through the present. For more information about this and other rocky intertidal monitoring visit: www.pacificrockyintertidal.org.

2. The Orange County MPA monitoring program was established in 2002 and continued until 2005. Surveys were conducted at three locations (Dana Point, Little Corona del Mar, and Treasure Island). Surveys were conducted to monitor the levels of human use and the abundances of various intertidal species including souvenir species likely to be most notably affected by human activities.

3. California State University, Fullerton has been surveying rocky intertidal flora and fauna at Dana Point and Little Corona Del Mar using transects from 2002 to the present. Percent cover of all species are measured along permanent transects spanning the entire intertidal habitat and are sampled approximately two times per year (summer and winter).

6. The Montage Resort is supporting a monitoring program aimed to quantify levels of human use and determine the impacts of the resort on the rocky intertidal zone at Treasure Island.