The Collaborative Critters were developed by our partner and friend, artist Phillip James of Animink Clothing, a black-owned business based in Los Angeles. The animated Critters are based on real-world animals that can be found along California’s coast and ocean, including inside the state’s network of 124 marine protected areas (MPAs). Just as our nation’s parks and wilderness areas protect special places on land, California’s MPAs protect a wide array of ocean and estuarine habitats and species. MPAs provide homes where human disturbance is limited for species like those represented by the Collaborative Critters. Learn more about the Critter ambassadors in the Critter Profiles below. Then purchase your own Critter gear and help raise awareness about California’s MPAs and the MPA Collaborative Network! A portion of the proceeds benefit the MPA Collaborative Network and support our efforts to empower coastal communities to advance MPA management and encourage ocean stewardship. 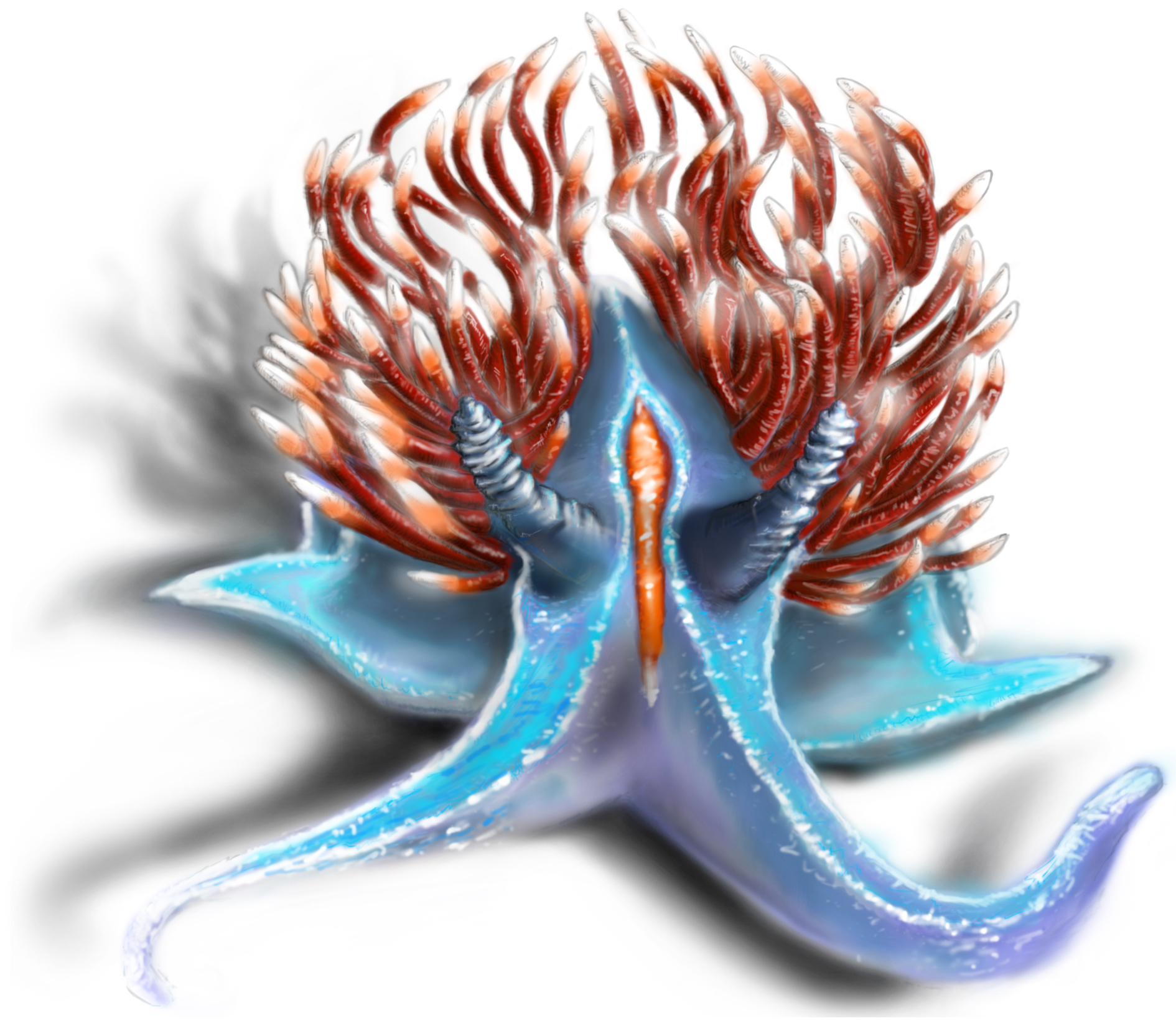 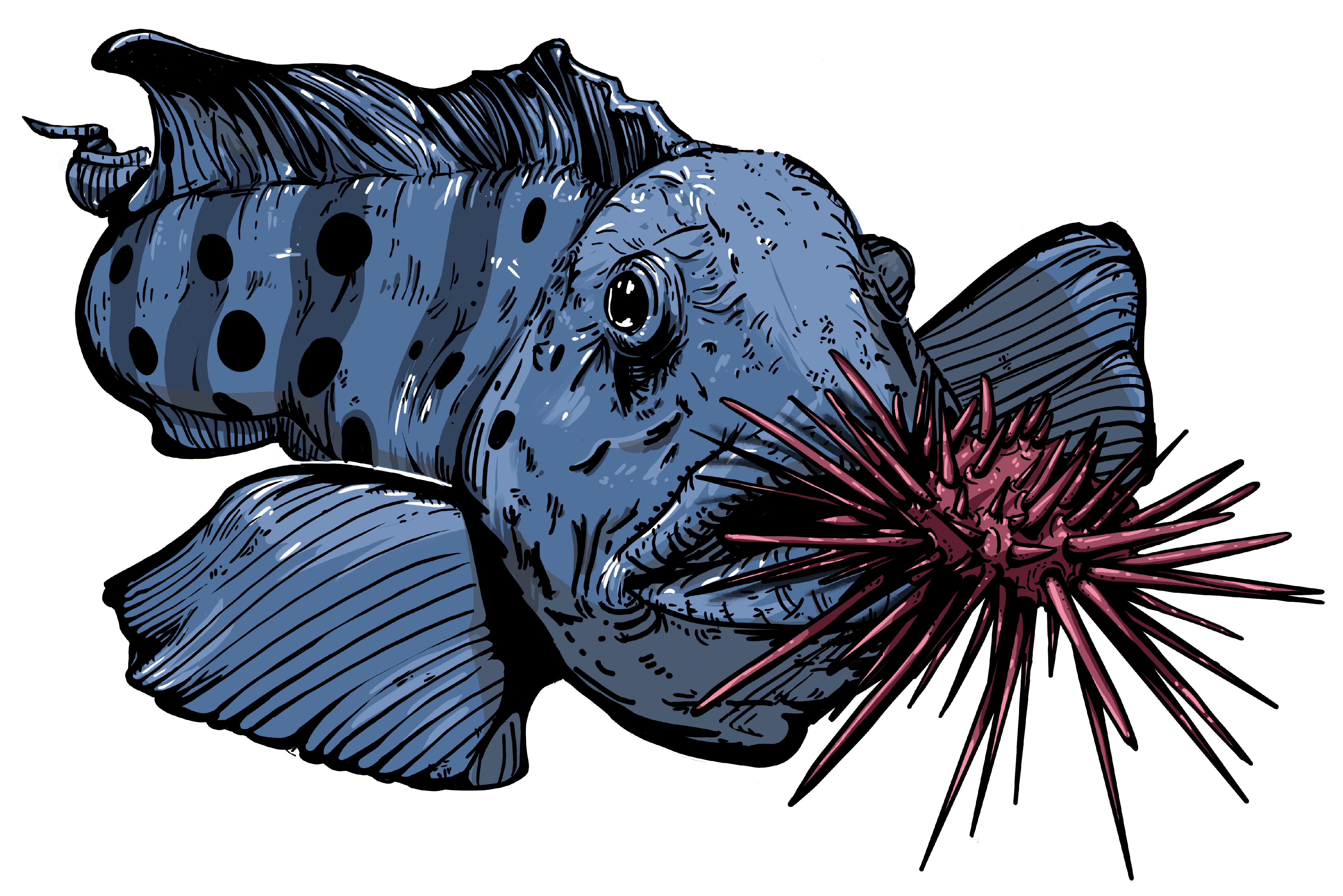 Get Your Critter Gear 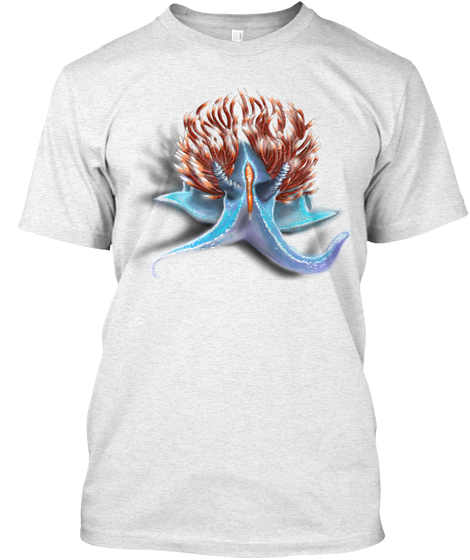 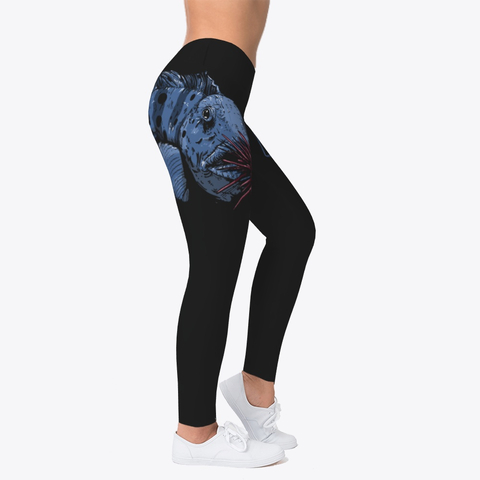 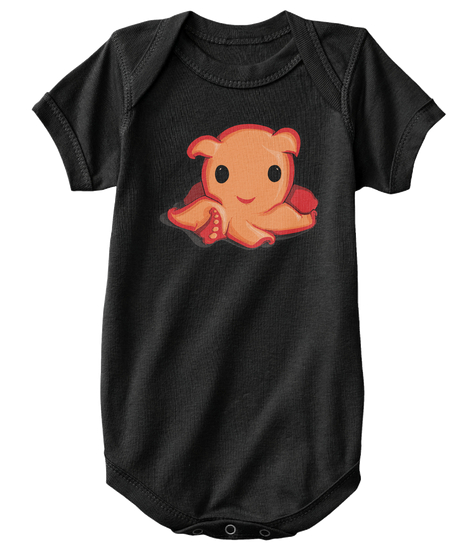 Nudibranchs are sea slugs related to land slugs and snails. Opalescent nudibranchs eat tiny invertebrates like sea anemones and their relatives. These prey have special stinging cells (like little harpoons) called nematocysts. “One of the most amazing things about nudibranchs is that they take the stinging cells found in their prey and use them for their own defense!”, says nudibranch expert and California Academy of Sciences Citizen Science Co-Director, Dr. Rebecca Johnson.

The exact range of the opalescent nudibranch is unknown. You can help solve the mystery by collecting iNaturalist observations of nudibranchs in the wild. Visit iNaturalist.org to get started.

The garibaldi is a member of the damselfish family and is easily identified by its bright red-orange color. The fish gets its name from the 19th-century Italian general Guiseppe Garibaldi whose army wore red. The Garibaldi lives in cooler temperate waters around shallow rocky reefs and kelp forests. Garibaldi rely on critical kelp forest habitat for food protection, and reproductive success. They are very territorial, chasing away other Garibaldi and even divers from their nesting area.

Fun Fact: “The Garibaldi has been a protected species in California since 1996, when it was named California’s state marine fish,” says Tom Mason, a California Department of Fish and Wildlife (CDFW) Senior Marine Environmental Scientist Supervisor.

Range: North Pacific from the North American coast to the Sea of Japan

Lobito or “little wolf” in Spanish, is not a wolf or an eel, but instead belongs to a group of fish called the “wolf fishes”. Wolf eels are long and skinny. Adults like to hide inside small rocky crevices, with just their heads poking out to catch prey such as urchins, crabs, and shellfish. Young wolf eels spend their time in the open ocean, feeding on tiny animals called zooplankton. Adults are gray with dark spots and bands, have strong jaws and spiky front teeth. Despite their “scary” appearance, wolf eels are known to be quite friendly. According to California Department of Fish and Wildlife (CDFW) Marine Habitat Conservation Program Manager Becky Ota, “These shy, gentle, giants are worth getting to know!”

Fun Fact: Wolf eels mate for life and both parents care for the eggs by wrapping their bodies around them to offer protection. 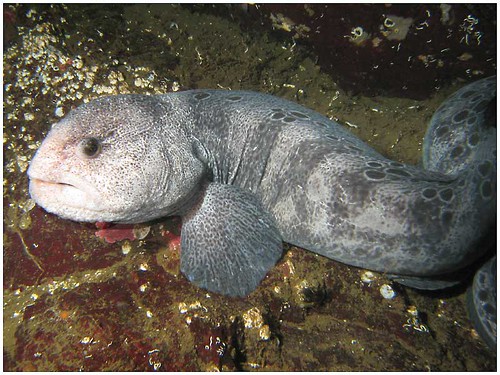 “Wolf Eel” by Dan Hershman is licensed under CC BY 2.0

Size: Diameter of up to 7 inches or 18 centimeters

Scientists at the Monterey Bay Aquarium Research Institute discovered a new species of flapjack octopus that lives more than 1,000 feet below the ocean’s surface in Monterey Bay. At one point, scientists considered naming the octopus “Opisthoteuthis adorablis” because it is just so cute!

Flapjack octopuses use their parachute-shaped body to hover slightly above the seafloor, looking for food like tiny crustaceans and worms. They move through the water by flapping their ear-like fins, pulsing their webbed arms, and pushing water through their body.

Fun Fact: “Pearl” from Finding Nemo is based on a Flapjack octopus.